Before talking about lazy loading of images, I want to mention about problems / issues associated in handling images in UITableView in iOS. These are:

2 Mappings are required to manage the show. I have given them names. These are

1. When user comes to UITableView the cellForRowAtIndexPath is fired for a single cell. Here we will first check that if image is available in the object of NSCache class against the key which will be the image URL. If it is there then we will get the value of UIImage and set on cell’s imageView. 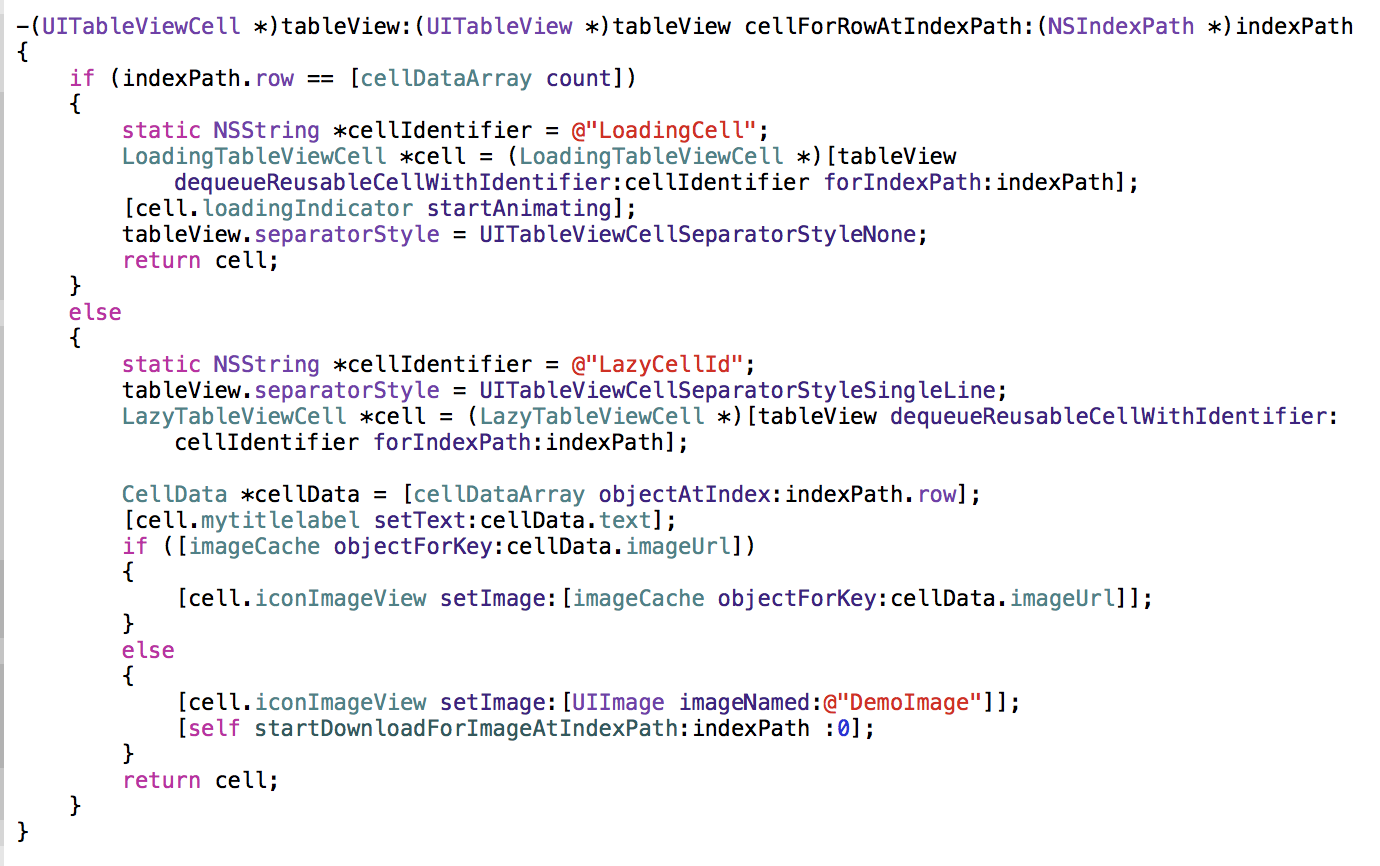 2. If image is not available in object of NSCache class then in that case we will make a object of NSOperation Class and add in Queue whose task is to fetch image either from the Hard Disk or from the server.

3. When this operation will start we will first check that if image is available in local storage. If image id not present here we first download the image and then return back to the ViewController via delegate method taking object of UIImage.

4. If the image is available on device local storage Or it is available after downloading from server, it is put in Bitmap Cache  Map and send for display.

CHECKPOINT 2 of 3 – It is possible that by the time image is to be loaded from device local storage (Either already available OR after download), UITableView has been scrolled by the user and ImageView object is recycled and allocated to other row with a different ID. Mapping of ImageView and ID is checked in ImageView Recycler Map for that. If ImageView has been recycled, we don’t need to place this image in Bitmap Cache Map. But keep it on hard disk.