Postman is an API client that helps to create, share, test, and document APIs.  This is done by allowing users to create and save HTTP requests and their responses. An overview of a simple request in Postman would look something like this

All these fields need to be tested out but manually verifying each and every entity when there are a bunch of requests, could lead to human error sometimes. Hence for obvious reasons, tests can be created using Postman to verify most of the things in an API.

For example, When a request is made, the Response status code is always the first thing that is checked when testing APIs, so instead of checking every time which status code the request throws, we can add a test that will check if the response code is correct. 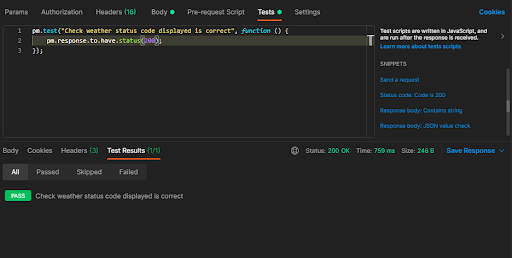 This test here is expecting Request to return 200 status code. If it does so, this test would mark itself as Pass in the Test Results section.

Else it would be marked as a failed test case.

Like this N number of tests can be created for a request.

For JSON Schema, we simply have to fetch the schema of the response.

Next, we have to store that schema in a variable in the Tests column itself and then it can be used in the assert statements as in the image attached above.

json schema as in the image below 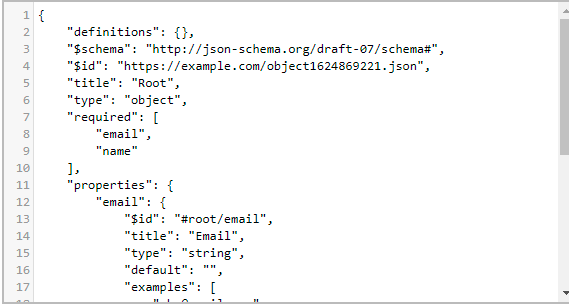 For JSON Body, instead of putting hard-coded values every time in the test, a pre-request Script can be created for fields to be used in the request.

For example, here’s a sample of the request body

If we were to write a test to verify that the given email is present in the response body or not. A general test could something be like

Where expected would be “testEmail” and the actual would be the one we get in the response.

So to minimize the effort to change values at multiple places, we could create a variable using a pre-request script, where all those values which we need to change will have one variable each.

In our case, we can create a variable email and then store whatever value we want in there. To do this, Postman provides code snippets as

Now in the request body section, instead of writing it as

As for the test, everything will remain the same except for the value expected.

Expected would be written as {{email}}

With this approach, we won’t have to change the value of the expected result in every iteration.

Now to elaborate on where it is useful, it can be used in a number of situations, when a large collection of Requests is run via Collection Runner, or multiple parameters need to be checked which could be complex and hard to read every time after a call.

Also in the case of schema validation, it can be hard to verify the whole schema manually when an abundance of information is present in the response body.

In collection Runner, to reduce the monotonous work of checking every response code, body parameters, headers, etc we add tests and Postman simply shows us a summarized report as 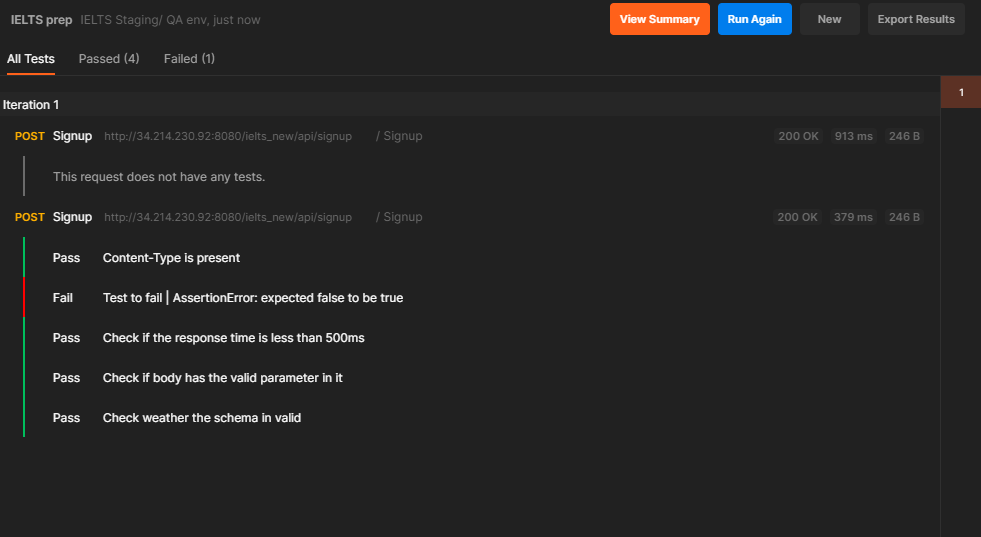